The new social network, Currents, is designed to help people within organizations communicate with each other.

According to Google, it can be ranked by relevance or chronologically. Discussions can also be moderated by G-Suite admins. 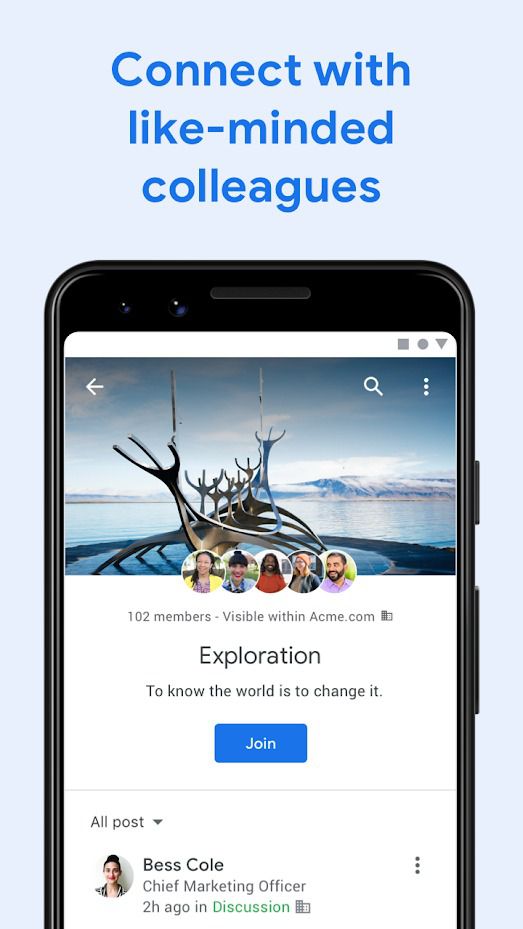 The new features also include better content moderation and administrative privileges such as the exchange of ideas and documents.

Another is enjoying the most important content first, with the ability to order your home stream by relevance or time.

Connect with like-minded colleagues and find communities that match your interests. Also, learn what is happening.

Highlighted posts from your leadership keep you up-to-date on what’s important across your organization.

Use Google’s advanced search to find topics and conversations that matter to you.

However, on the backend, existing plus.google.com URLs will continue to function and automatically redirect to currents.google.com. It is a smooth update on mobile with the existing Google+ client just being updated over.

In 2018, Google started a multiphase process to shut down Google Plus, because it had low usage and engagement.

There is also a Google product named Currents, a magazine app under that name until 2013.

That same year, Google rebranded that app like Google Play Newsstand, which was eventually replaced by Google News.

Askifa.ng is a revolutionary technology news website, with its main focus being to bridge the divide between the everyday Nigerian (and by extension African) by making technology contents as fun, engaging and relatable as possible. The aim is to make Askifa.ng the go to platform for all reviews in the mobile, gadgets, applications and telecom sector in the whole of Africa.
Contact us: info@askifa.ng
© 2020 - Askifang
wpDiscuz
0
0
Would love your thoughts, please comment.x
()
x
| Reply